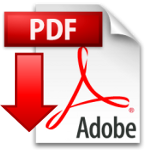 History of the Grecian Empire

The Foundation of Western Culture—Once students are ready to start learning comprehensive history, we recommend they begin with Greek history. Greek History is especially attractive to children because it is rich in mythology and some of its more romantic conflicts, including the Greco Persian Wars and Macedonian Conquest of Persia are especially interesting to young readers. More importantly, Greek history is one of the pillars of Western Civilization, and has influenced the leading thinkers of the west for over 2000 years, from the Apostle Paul to Winston Churchill.

The founders of the United States as well as almost all educated westerners of their age, spent much time studying the Ancients and strove to emulate their best institutions. Even the Romans, who conquered the Greeks in the second century B.C., recognized the value of Greek philosophy, science, and literature, and emulated it. The New Testament was written in Greek because it was the language of learning throughout the eastern Mediterranean from the Age of Alexander until the Collapse of the Eastern Roman Empire and the rebirth of art and science in Europe during the medieaval Renaissance came about largely due to the resurgence of classical learning in the 14th century. In short, the Greeks are rightly credited with laying the foundation of Western Culture in realms as diverse as art, science, philosophy and government. Any student who wants to understand the progress and perils of Western Civilization should start with an introduction to Greek History.

Divisions of Greek History—Ancient Greece was not a unified nation, but a collection of Greek city-states and colonies centred in mainland Greece and extending throughout the Aegean Sea, Asia Minor, and Italy. They shared a common language, religion, and culture, and were a sea-faring as well as an agriculturally based society. By about the seventh century B.C. a written Greek language had developed to such as extent that the stories of many cities-states were written down, and a reasonably reliable history of Greece is given from that time.

But a complete knowledge of the Ancients must go beyond the recorded history of the early city-states. It must start with the fascinating world of Greek Mythology and heroes. The idea of history, as distinct from legend, arose during the Golden Age of Greece. Thucydides is considered the first modern historian but before his time history, legend, and folklore were an undifferentiated mix. Yet it was this mix of myth and legend that formed the basis of Greek character. Heritage Classical Curriculum's first few units on Greek History, therefore, incorporates mythology and legend, extending from the remote past to the Trojan War.

The authentic history of Greece begins in about 800 B.C. with stories of some of the most important Greek city-states,—including Sparta, Athens, Corinth, and Samos—in the centuries before the Greco Persian Wars. The Persian War (500-479 B.C.) was a watershed event in Greek History, during which a remote and disorganized collection of city-states arose to defeat the invasion of a far larger and wealthier empire. The battles of the Persian War and the stories and personalities associated with them are among the most famous and inspirational in the history of warfare.

The prestige and prosperity which fell to the Greek states after their victory over the Persians was ultimately concentrated in the hands of the Athenian Empire, which came to dominate most of the Greek sea-faring states scattered throughout the Aegean Sea. Many of the most famous personalities, writings, and relics of classical Greece are dated to this Golden Age of Greece. Eventually, however, the non-aligned Greeks, fearful of Athenian hegemony rose against her, and after the terribly destructive Peloponnesian War (431-404 B.C.), the dominance of Athens was broken for good.

After the fall of Athens, other powers arose: first Sparta, then Thebes and finally Macedonia. The sixty years following the Peloponnesian War still produced many works of great genius, but the decline of Greece during the Late Classical period was evident and by 338 B.C. most Greek city-states in the east fell under the rule of Macedonia. Although Macedonia had been a small, semi-barbaric country, its conquests under Philip of Macedonia and his son Alexander the Great brought about the fall of the Persian empire and the spread of Greek culture throughout the Mediterranean. The Hellenistic Era lasted from the conquest of Persia until the second century, when Romans conquered the entire region. Even then, Greek culture was so well established that Greek remained the language of commerce and learning throughout the eastern Mediterranean, even during the seven centuries that Greece was a province of the Roman Empire.