There is so much of interest in Greek history that it is hard to know where to begin. The Heroic age of Greece, featuring iconic Gods and Goddesses, tremendous heroes and fearsome monsters is full of romantic conflicts and drama. The wars of Ancient Greece, especially the Persian War and conquests of Alexander, are of striking interest and appeal to young and old and Herodotus, who wrote of ancient civilizations and the Persian war, is known as the 'Father of History'. 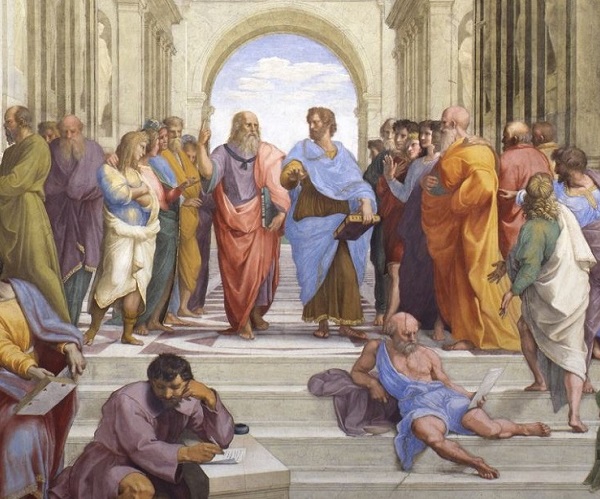 The fantastic stories of the Greek Gods and Heroes are an important part of Greek history and Homer's Iliad and Odyssey are among the most important Epic poems of all time. But Homer is only one of many Greek poets, playwrights, and historians who are still studied and admired: Aesop, Sophocles, Aristophanes, and Thucydides to name a few.

Greek Scientists and Philosophers, are even more famous than Greek's literary geniuses: Pythagoras, Euclid, Archimedes, Plato, and Aristotle are still revered as among the greatest scholars of all time. And beyond producing the greatest scientists, historians, philosophers, poets, and playwrights of the Ancient world, the Greeks made enormous practical contributions in the fields of art, architecture, politics, military arts, ship building, and commerce.

The Greeks have been studies with great interest and benefit since before the time of Christ and are credited with laying the foundation for much of Western Culture in realms as diverse as art, science, philosophy and government. Any student who wants to understand the progress and perils of Western Civilization should start with an introduction to Greek History.

The following links provide information about reading options for Ancient Greece. Details about the 'core' reading recommendations are listed below.

Greek Myths and Heroes—The Heritage Library contains almost twenty volumes dedicated to Greek Mythology and literature. The subject is so extensive that no single volume that adequately covers the topic. The following selections are Recommended Reading for the first three units of Ancient Greece. The first two cover Greek Gods and Heroes. The final two are simplified versions of the Homeric Epics, The Iliad and the Odyssey.

Greek History—The following intermediate texts cover the recorded history of Greece from the early city states (around 800 B.C.) to the Hellenistic period following the conquests of Alexander the Great. They are recommended 'core' reading assignments for units four to eight.

Advanced Students—The quality of supplemental texts for advanced students in the Ancient Greece collection is outstanding. Those written by Alfred Church and Jacob Abbott are especially noteworthy. Both writers excelled at rewriting the classics in a manner that preserved their riches but made them more accessible to the general reader. We recommend the following books for advanced students, but all of the Church and Abbott selections are worthwhile:

Study Aids are provided to help students review important characters and events. Some resources relate to all of Greek history and others to specific historical eras.

Students who are using the Heritage Quest Quiz Game may find these Ancient Greece review questions helpful. (The app can be installed for free from the Google Play Store).