Ancient Rome was one of the longest lasting and most influential civilizations in human history and the story of its rise and fall has lessons for every student. Other ancient civilizations deserve credit for establishing some of our most cherished arts and institutions, but it was the Romans who perfected these practices, spread them throughout their empire, and made them into a permanent bedrock of Western Culture. 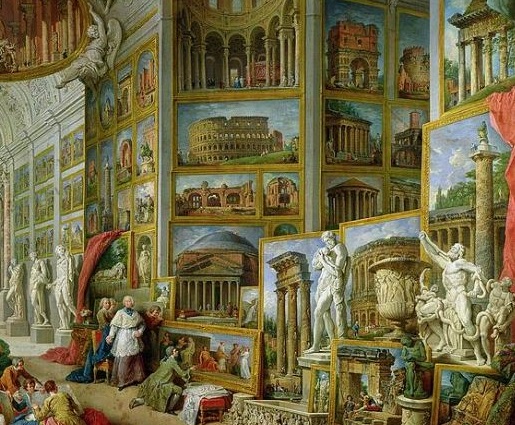 In addition to preserving and building upon Greek traditions in art, architecture, philosophy, theatre, and politics, the Romans made many invaluable contributions. They were outstanding engineers and built roads, aqueducts, bridges, baths, sewer systems and fortifications on an unprecedented scale. The Roman legal system formed the basis of Western law and Latin evolved into a universal language of trade and government.

The Pax Romana, which began during the Age of Augustus was a long period of peace that allowed Roman civilization to flourish for hundreds of years without substantial interruption. Notwithstanding civil wars of the Imperial age, the stability and security afforded by the Roman government was unprecedented.

Roman civilization was astonishingly sophisticated. It wrestled with many complex problems in government that still confound modern nations. It experienced periods of both heroic virtue and luxurious decadence and in many ways is eerily similar to our own.

The following links provide information about reading options for Ancient Rome. Details about the 'core' reading recommendations are listed below.

Roman Republic—The Ancient Rome Library includes dozens of student histories that cover Roman history at all reading levels. PDF, EPUB and online versions of all books are available so they can be downloaded read on any device. The two we recommend as 'core' reading selections for the first five units (Kingdom to Age of Caesars) are:

Roman Empire—There are fewer selections that adequately cover the late Imperial age. For the final two units (Height of Empire, Fall of West), we recommend selected chapters from these two volumes:

Advanced Students—As with the Greek collection, the texts for advanced students in the Roman library are especially good, particularly those by Alfred Church and Jacob Abbott. Abbott's books are all biographies, while Church wrote several volumes of historical fiction that give great insights into actual events. We recommend the following books for advanced students, but many others are noteworthy:

Study Aids are provided to help students review important characters and events. Some resources relate to all of Roman history and others to specific historical eras.

Students who are using the Heritage Quest Quiz Game may find these Ancient Rome review questions helpful. (The app can be installed for free from the Google Play Store).