Why Study the British Middle Ages?

British History is both fascinating and instructive. Stories of its legendary heroes, from King Arthur to Robin Hood, are enjoyed by students of all ages. Almost as popular are many of England's historical champions: Alfred the Great, Robert Bruce, and Henry V are just a few of the more admired heroes of medieval Britain. And the list of somewhat villainous champions, such as William the Conqueror, Richard III, and Francis Drake, is even longer. 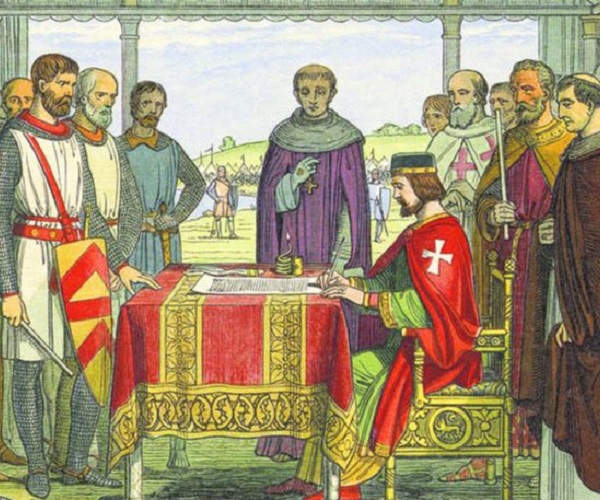 The list of fascinating English characters includes saints and scholars as well as men of action. Patrick, Cuthbert, Margaret of Scotland, Becket and Thomas More, are a few of Britain's well known saints, and English men of letters include Chaucer, Shakespeare, and Milton among others. There are short biographies of all these characters in the British Middle Ages collection, and simplified versions of many classics of English literature as well.

Other important aspects of British history include political and cultural developments. The Norman Conquest and Hundred Years' War helped consolidate the power of the crown in both England and France. The English Reformation and Civil War periods provide important background for studying the colonial history and founding of the United States. America's founding fathers were British in culture and outlook, and American traditions of religious freedom and self-government date back to their English roots.

Understanding the British Middle Ages is also important background for later study of the British Empire. The "Glorious Revolution" of the late Stuart period established Parliament as a legitimate law-making authority and knowledge of the Civil War period is necessary background for understanding later developments.

Finally, an in depth study of the British Middle Ages is an effective way to learn about many important themes of Medieval history. Almost all the important events of the Middle Ages, including the fall of Rome, the rise of Christendom, the Viking Age, Feudalism, the Crusades, and the struggles of the Medieval Church played out in English history.

The following links provide information about reading options for British History. Details about the 'core' reading recommendations are listed below.

English History—The Heritage British Library includes dozens of student histories that cover English history at all reading levels. PDF, EPUB and online versions of all books are available so they can be downloaded read on any device. The two we recommend as 'core' reading selections for the first six units (Early Britain to Stuart Era) are:

Scottish and Irish History—Reading recommendations for units seven and eight are short histories that focus specifically on Scotland and Ireland.

Advanced Students—There are many excellent supplemental texts in the British Middle Ages collection, especially among the biographies. See the Books Summaries page for biographies, legends, and simplified literature classics. Particularly interesting biographies in the collection include:

Study Aids are provided to help students review important characters and events. Some resources relate to all of British history and others to specific historical eras.

Students who are using the Heritage Quest Quiz Game to study the British Middle Ages may find these review questions helpful. (The app can be installed for free from the Google Play Store).