The British Empire Study Program covers the government of Britain from the Glorious Revolution to the dawn of the Great War. It focuses on the dramatic developments of the 18th and 19th centuries in Europe and also includes the histories of British colonies in Asia, America, and Africa. (1680 to 1920). 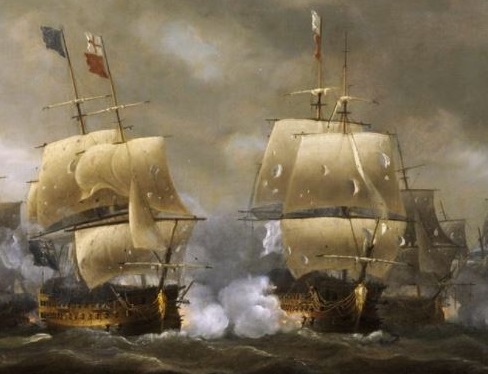 The following books are recommended as 'core' reading assignments. The complete texts are online, or PDF and EPUB versions can be downloaded.

The history of 18th and 19th century Britain is more complicated than previous ages. By the 19th century Britain was no longer a kingdom but a worldwide empire governed by a parliament and private corporations.*** Much of the politics of Britain during the imperial age cannot be told in short, easy-to-understand stories, but there are a few student histories that cover the basics of both domestic and colonial activities.

Imperial Britain—The first three divisions of the British Empire program cover the British government from 1688 to 1914 A.D. Most intermediate histories of England cover this period at a superficial level and don't provide insights into the political drama of the age. However, the following books provide a decent introduction for younger students.

British Colonies—Units four through seven of British Empire Program focus on the colonial governments in Asia, Africa, and the Americas that were colonized by Britain in the 18th and 19th centuries. The final Unit covers the Industrial and Scientific Revolutions. The following books cover these topics in detail.

[*** Note: Regarding the internal activities of the "real rulers" of England during this period, i.e. the Bank of England, British East India Company and related institutions, there is little reliable information available. Almost all traditional histories of the British Empire era are written from a "progressive" viewpoint. ]

Study Aids are provided to help students review important characters and events. Some resources relate to the entire program and others to specific historical eras.

The British Empire History Quest program includes over 600 multiple choice questions, divided into eight subcategories. Questions are based on the British Empire Reading Recommendations listed above, but the program can used with other traditional curriculums.

Students who have never studied British Empire should complete the assigned reading and focus on earning "Knowledge Medals". Players who already have some knowledge of the subject can play "History Quest" by answering progressively more difficult questions across all eight divisions.

Advanced players can also compete with other history lovers by posting their scores on the British Empire Leaderboard. 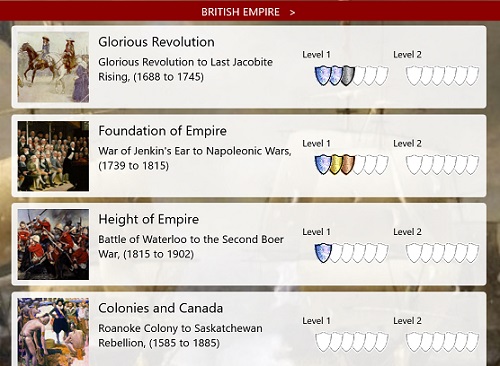 The History Quest quiz game is now available from the Google Play Store, and also the Microsoft WIndows Store. It will be released for Apple devices in 2021.

Each of the British Empire Q/A worksheets listed below includes at least 20 questions (out of 50-90 per unit) taken from the History Quest app. Answering written questions helps reinforce information learned through reading and review.

Homeschoolers or others who are studying British Empire can use the written worksheets along with the History Quest quiz game to help them demonstrate mastery in each division. 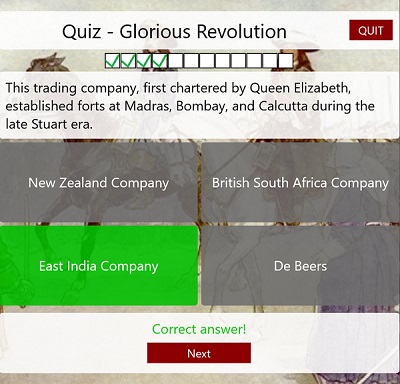 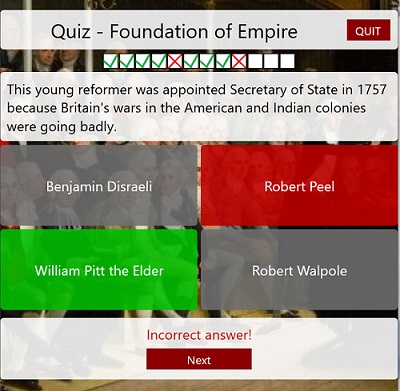