The Early America program covers United States history from the founding of British colonies in America to the progressive era following the Civil War. It includes stories of interest about explorers, settlers, inventors, military heroes, Indian leaders, and presidents, and Indian leaders, as well as political developments. (1600 to 1900). 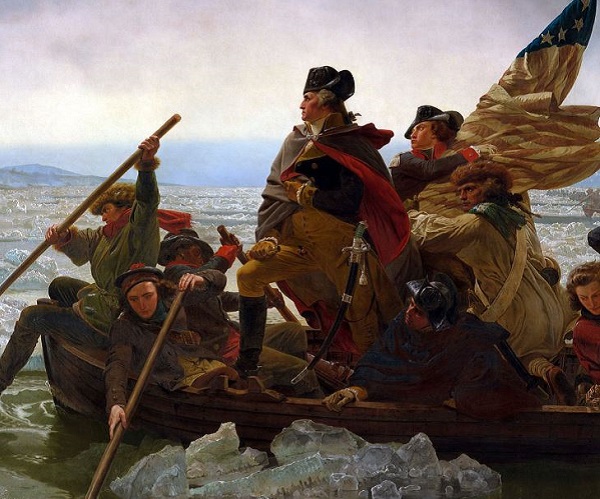 Because the Heritage library features story-based histories and biographies rather than textbooks, the Early America study program is more anecdotal and less political than many other similar curriculums. Our core-reading selections cover the essentials of American history as well as most Middle School textbooks, but most books in the collection focus on personalities, American heroes and adventure stories rather than constitutional issues.

The stories in the Early American collection are generally patriotic but there is relatively little emphasis on civics or political philosophy. The program is intended for Middle School students and young teens rather than college prep high schoolers.

The collection does include short biographies of many American heroes, and there are many books that are suitable for grammar school age students. Some books focus on the deeds of Presidents and statesmen, but others tell the stories of inventors, educators, soldiers, settlers, frontiersmen, and businessmen. Our collection of American Indian history is especially good.

The following books are recommended as 'core' reading assignments for Early America. The complete texts are online, or PDF and EPUB versions can be downloaded.

Early Repblic—The second three divisions (4 to 6) of Early America cover the first critical decades of the American republic, the Civil War, and the Progressive Era.

Amerindians and Western Expansion—The final two divisionis cover Western Expansion and American Indian History. There is much overlap, but the former is reported from the point of view of western frontiersmen and settlers, and the latter features native American heroes. Much history of this period is anecdotal, since tribes and settlers alike were isolated. One of the best authors of the period is Edward Sabin. Francis Drake's comprehensive history of American Indians is also worthwhile.

Study Aids are provided to help students review important characters and events. Some resources relate to all of American history and others to specific historical eras.