The Modern Europe Study Program covers the histories of France, Italy and Germany during the 18th and 19th centuries. The program is organized by nationality rather than strictly chronologically so stories of the great revolutions of the age are told from various perspectives. The Modern Europe study program includes:

The history of Modern Europe begins with the European wars of the 18th century and focuses on conflicts between liberal 'reformers' and Christian monarchies. The rise of Prussia, the political turmoil of France, the unification of Italy, the growth of the Russian Empire, the Bolshevik revolution, and the rise of liberal, anti-clerical governments throughout Europe are some of the major themes of the period. 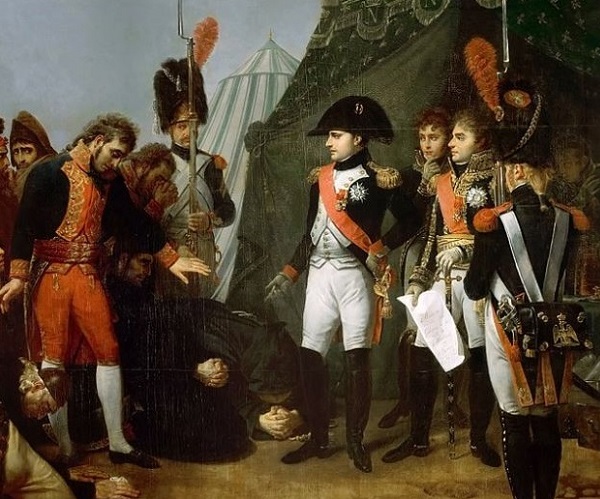 The eighteenth and nineteenth centuries were a period of enormous political upheavals and technological change. By the eighteenth century the British government had established itself as a parliamentary system where elected leaders rather than the king had power to make laws and raise taxes. There were many political activists in Europe, of both good and evil intent, who sought to make similar 'reforms'.

Unfortunately, the peace with which Britain evolved towards a more 'liberal' government was not possible in France. Many of the reformers on the continent were no longer Christian in worldview. Their objective was not to increase liberty and opportunity for all, but to dismantle the church, overtake its educational and charitable functions, and upend traditional Christian civilization. And even many reformers who did not seek to overthrow the church altogether sought to make it subservient to the state and to force unasked for "liberties" on a resistant people.

For these reasons, Europe's path to constitutional government was far bloodier than that of England or America and involved a series of revolutions, massacres, anarchies, cataclysmic wars, dictatorships, and totalitarian regimes, all promulgated in the name of liberty.

To make matters more complicated, secret societies, especially the Freemasons, played an enormous but behind-the-scenes role in European politics during this period. The conspirators vocally promoted ideals of "equality, fraternity, and liberty", while secretly serving usurers, misers, and profiteers. Deception, intrigue, terror, and treachery are the hallmarks of secret societies, but there are few 'official' historical accounts of their activities.

Because much of the conflict in Europe during the 18th and 19th centuries was driven by political ideology, technological evolution, and humanist philosophy, it is a difficult period to fully understand but students should at least be introduced to the basic political conflicts and realignments even if the all the causes and purposes of events are not readily apparent.

The following links provide information about reading options for Modern Europe. Details about the 'core' reading recommendations are listed below.

The Modern Europe Study program covers the 18th and 19th centuries of four regions of Europe: France (3 units), Italy (1 unit), Germany (2 units), and Russia (1 unit). Since France was nation at the center of the cataclysmic Revolutionary and Napoleonic Wars, they are covered first. Then the stories of the Unifications of Germany and Italy are told, and finally the story of Imperial Russia. (Britain and Spain played an important role in world affairs during this period, but their histories are covered in the British and Spanish Empire study programs.)

France and Italy—The first three units cover the history of France from 1740 through the 19th century. The fourth unit covers the Unification of Italy from the Revolutionary era to 1870. There are no books specifically dedicated to Italian history of this era, but selected chapters of various books cover the main points.

Prussia and Austria—Units five and six of Modern Europe cover the history of Austria and Prussia from the War of Austrian Succession to the Unification of Germany following the Franco-Prussian War.

Imperial Russia—Unit seven covers the history of Russia from Peter the Great to the Bolshevik Revolution.

Study Aids are provided to help students review important characters and events. Some resources relate to all of Modern Europe and others to specific historical eras.